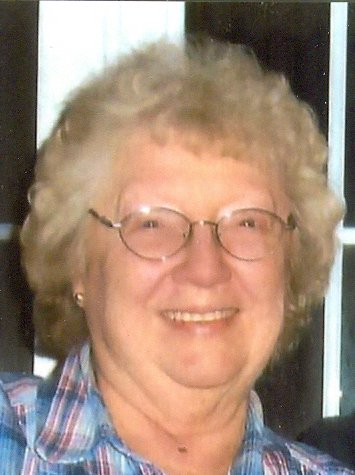 Kathryn S. Brunelle, 88, of Malone, NY., passed away Monday morning, August 19, 2019, at The Alice Center, in Malone, NY., with her loving family by her side. She had been a resident there since August 8.
Born in Duane, NY., November 10, 1930, she was the daughter of the late William P. and Emma Benware McFaul. She graduated from Franklin Academy in Malone.
On August 6, 1985, she was united in marriage to Robert P. Brunelle in Malone, NY. He predeceased her on July 1, 2015.
Kathryn was a billing clerk at the Alice Hyde Medical Center, in Malone, NY., for more than eighteen years. She retired in 1989.
She was a communicant of St. John Bosco Church, in Malone. She was a past member of the Malone Women of the Moose and the Malone Adult Center. Kathryn enjoyed camping, crafts, reading, crocheting, knitting, playing cards and travel.
Survivors include one daughter, Dilys Heinssen of Malone, NY., one stepdaughter and her husband, Sharrie and Larry Bobbie of Moira, NY., three stepsons and their wives, Wade and Diane Brunelle of Holyoke, MA., Brian and Sandy Brunelle of Yuma, AZ., and Todd and Debra Brunelle of Brushton, NY., seven grandchildren, nine great grandchildren and several nieces, nephews and cousins.
Along with her parents, and her husband, she was predeceased by one brother, William McFaul, Jr. during World War 2, and a son-in-law, Dennis Heinssen on June 18, 2013.
Calling hours will be Monday, August 26, 2019 from 9 until 11 a.m. at the Bruso-Desnoyers Funeral Home, in Malone, NY. A Funeral Service will be held at 11 a.m. in the funeral home chapel. Burial will be in St. John Bosco Cemetery, in Malone, NY.
Donations may be made in her memory to the Malone Adult Center.
Online concolences may be made to the family at www.brusofuneralservice.com.
Arrangements are through the Bruso-Desnoyers Funeral Service, Inc. in Malone, NY.

To send flowers to the family or plant a tree in memory of Kathryn Brunelle, please visit Tribute Store
Monday
26
August

Donations may be made in her memory to the Malone Adult Center.