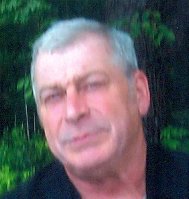 James R. Crawford, 62, of North Bangor, NY., passed away unexpectedly on Friday, September 27, 2019, at his home.
Born in Malone, NY., May 24, 1957, he was the son of the late Raymond and Theresa Smith Crawford. He graduated from Salmon River Central School in 1975.
He was united in marriage to the former Mary Lee on July 4, 2015, in Fort Covington, NY. She survives.
Jim served in the United States Army from 1975 until his Honorable Discharge in 1979.
He was a dairy farmer for many years, working on several farms in the area. He also had his own hobby farm where he raised young stock.
He was a senior citizen volunteer driver and also drove Medicaid patients to their appointments. He enjoyed cooking, cutting and burning wood, fishing, playing cards with his friends and family and being outdoors. His greatest pride was the family home in Wolf Swamp.
Survivors include one brother, Thomas Crawford of Malone, NY., two sisters, Susan Mitchell and Linda Crawford both of Fort Covington, one uncle and aunt, Ronald and Donna Smith of Burke, NY., three nieces, Angela Mitchell, Julie Snyder and Carrie LaMarche, one great nephew, Nicholas Snyder and several cousins.
There are no calling hours. A Graveside Service and burial will be held on Thursday October 10, 2019, at 11 a.m. ,in the North Burke Cemetery, in North Burke, NY., with the Rev. Bentley McQuinn officiating. There will be full Military Burial Rites.
Online condolences may be made to the family at www.brusofuneralservice.com.
Arrangements are through the Bruso-Desnoyers Funeral Service, Inc. in Malone, NY.