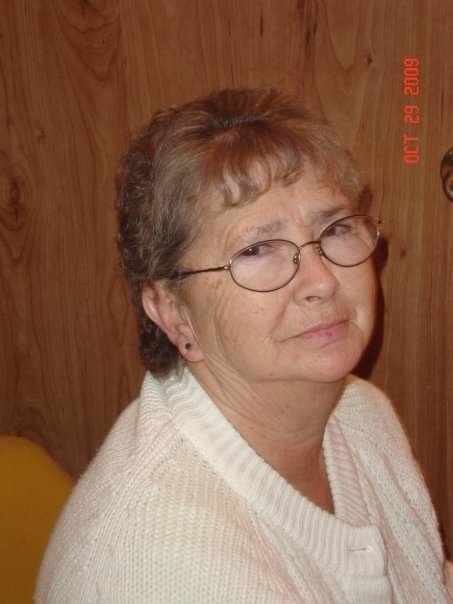 Dorothy Jeror-Staring, 74, of Brushton, NY., passed away Thursday morning, October 17, 2019, at her home. She had been in ill health.
Born in Malone, NY., May 19, 1945, she was the daughter of the late Paul A. and Edna F. Larouch Burgess. She graduated from Franklin Academy, in Malone.
On August 12, 1965, she was united in marriage to Donald H. Jeror at the Congregational Church, in Malone, NY. He predeceased her on February 19, 1999. On July 3, 2000, she was united in marriage to Ronald Staring in Brushton, NY. He predeceased her on February 9, 2009.
For more than ten years, Dorothy was employed by Malone Central Schools in the janitorial department. She then worked for the Malone Dress factory for ten years, and lastly for North Country Home Services retiring in 2000.
She is a past member of the Malone Women of the Moose. She was Queen of the Red Hat Society and a long time volunteer at the St. John Bosco and Holy Family School Bingo. She enjoyed knitting, crocheting, bowling, camping, motorcycles, 4-wheeling and snowmobiling.
Survivors include one son, Donald L. Jeror of Forestport, NY., one daughter and son-in-law, Sonya Jean Jeror-Allen and her husband Terry Allen of Brushton, NY., two brothers, Joseph Burgess, Sr. of Syracuse, NY., and John Burgess of Malone, NY., one sister, Gladys M. Jandrew of Malone, NY., and many grand and great grandchildren.
Along with her parents and her two husbands, she was predeceased by two brothers, Frank F. and Paul E. Burgess and three sisters, Elizabeth Perry, Lillian Pritchard and Florence Russell.
Calling hours will be on Thursday, October 24, 2019, from 9 until 10:45 a.m., at the Bruso-Desnoyers Home in Malone, NY. A Funeral Service will be held at 11 a.m., in the Funeral Home Chapel. Burial will be in St. John Bosco Cemetery, in Malone, NY.
Donations may be made in her memory to the Hastings Dialysis Unit in Malone, NY.
Online condolences may be made to the family at www.brusofuneralservice.com.
Arrangements are through the Bruso-Desnoyers Funeral Service, Inc. in Malone, NY.

To send flowers to the family or plant a tree in memory of Dorothy Jeror-Staring, please visit Tribute Store
Thursday
24
October

Donations may be made in her memory to the Hastings Dialysis Unit, in Malone, NY.