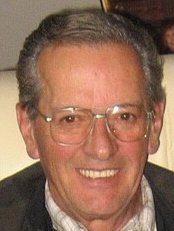 Gary W. Malette, 74, of Burke, NY., passed away Monday evening, December 30, 2019, at the U.V.M. Health Network Alice Hyde Medical Center, in Malone, NY. He had been a patient there since December 28. Born in Malone, NY., March 24, 1945, he was the son of the late Clifton and Dorothy Revette Malette. Gary served in the United States Air Force from 1962 until his Honorable Discharge in 1966. After his discharge from the Air Force, Gary started his working career with ALCOA in Massena, NY. He retired as a supervisor after thirty three years of employment in 1999. He had two United States Patents for working with metal. He was united in marriage to the former Cheryl Campbell at Notre Dame Church, in Malone, NY. The marriage ended in divorce. He later married the former Linda Deno which also ended in divorce. Gary was a member of the Malone American Legion, Malone Amvets and the Burke Adult Center. He enjoyed hunting, camping, being a D.J. for karaoke at the Burke Adult Center, and caring for his numerous dogs, especially “Spot”. He was a faithful son, visiting his mother, while she was a resident in the nursing home, in her final years. Survivors include one son and daughter-in-law, Christopher and Michelle Malette of Tampa, FL., one grandchild, Sydney Malette of Tampa, FL., one niece, Tamara Landry Cowan of Churubusco, NY., and one great nephew, Zachary Cowan of Churubusco, NY. Along with his parents and his first wife, he was predeceased by one brother, Ronald Malette and three sisters, Linda Landry and Barbara and Phyllis Malette in infancy. There are no calling hours. A Funeral Service and burial will be held on a day and time to be announced. Donations may be made in his memory to the Burke Adult Center in Burke, NY. Online condolences may be made to the family at www.brusofuneralservice.com. Arrangements are through the Bruso-Desnoyers Funeral Service, Inc. in Malone, NY.
To plant a tree in memory of Gary Malette, please visit Tribute Store

Donations may be made in his memory to the Burke Adult Center, in Burke, NY.