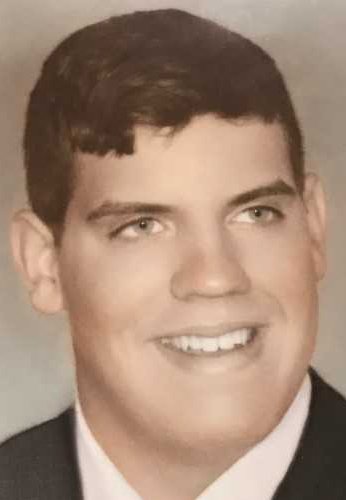 William J. “Bill” LaBrake, 67, of Malone, NY., passed away unexpectedly Monday, January 13, 2020, at The Alice Center Rehabilitation Center, in Malone, NY. He had been a patient there since January 6. Born in Malone, NY., August 9, 1952, he was the son of Donald and Marie (Lamitie) LaBrake. He graduated from Franklin Academy, in Malone, NY., in 1970, and attended Canton A.T.C. in Canton, NY. Bill served in the United States Navy from January 1973 to January 1979 and was Honorably Discharged. For more than twenty nine years, he was employed by the Alice Hyde Medical Center, in Malone, NY. He retired as supervisor of the Housekeeping Department. He was a past member of the Malone AMVETS. Bill was an avid sports fan and faithfully followed the Syracuse Orangemen and the New York Yankee’s. He played in the Tuesday and Wednesday Pool Leagues. He coached Little League Baseball, and Armory Basketball. He enjoyed bowling, hunting, fishing, and playing in the Adult Basketball League and Fast Pitch Softball League. His favorite times were spent with his faithful companion, his dog, “Princess”. On September 1, 1979, he was united in marriage to the former Terry Lamica at St. John Bosco Church, in Malone, NY. She survives. Along with his wife, Terry, he is survived by his mother, Marie LaBrake of Malone, NY., one son, Joseph LaBrake and his companion, Angel Lavare of Malone, one daughter, Jannell Meacham and her spouse Marci of Massena, NY., one sister, Dawn Marie LaPlant of Malone, NY., eight grandchildren, Karina and Erick LaBrake, Lynden Webb, Ryan Delgado, Lucan Lavare, and Deanna, Karla and Liara Konkowski and several nieces, nephews, aunts, uncles and cousins. He was predeceased by his father, Donald LaBrake. Calling hours will be Wednesday, January 22, 2020, from 1 until 4 p.m., at the Bruso-Desnoyers Funeral Home, in Malone, NY. A Funeral Service will be held at 4 p.m. in the funeral home chapel. Donations may be made in his memory to the S.P.C.A. Online condolences may be made to the family at www.brusofuneralservice.com. Arrangements are through the Bruso-Desnoyers Funeral Service, Inc., in Malone, NY.
To send flowers to the family or plant a tree in memory of William LaBrake, please visit Tribute Store
Wednesday
22
January

Donations may be made in Williams memory to the S.P.C.A.