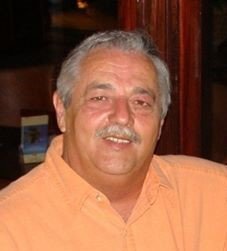 Van Bobby Langlois, 68, of Malone, NY., passed away unexpectedly on Thursday, March 12th, 2020, at C.V.P.H. in Plattsburgh, NY., surrounded by his loving family. Born in Montreal, Quebec, Canada, on June 17th, 1951, he was the son of Irvin and Marion Bourgaize Langlois. He graduated from Monkland High School. He spent his working career in sales, most recently as assistant manager of Yando’s Big M in Plattsburgh, NY., where he was well liked for his endless jokes, pranks and his self-appointed “Employee of the Month” status. Van enjoyed playing softball as a young man and was an avid fan of the Toronto Maple Leafs and Montreal Expos. For the past thirty years, Van was a member of the Malone Golf Club. He was a nineteen year member of the Malone Lodge of Elks, where he enjoyed men’s bowling league and humorous times with friends. He was known as a “Master of the Barbecue Grill,” and a skilled bartender at family gatherings. He also enjoyed going on adventures to the Blufton-Hilton Head area of South Carolina with family and friends and gathering to share many laughs and great times with his family and many friends; and you know who you are! He was also well known for his exceptional sense of humor and his famous one line zingers that he entertained his many family and friends with, especially during the Friday afternoon rounds with his sidekick and summer friend Robin Burns. He also enjoyed his hobby as a skillful user of technology and helping his friends with their devices. Van proudly became a naturalized U.S. Citizen on July 3rd, 1995. With all of this, his most beloved times were those spent with his wife Michelle, son Jason and daughter-in-law, Melissa and his “three favorite boys,” his adored grandsons Cooper, Cole and Cadon Langlois. On July 2nd, 1988, he married the love of his life Michelle Yando at the Centenary United Methodist Church, in Malone, NY., and they spent 32 years of laughter, love and companionship. She survives. Along with his wife, Van is survived by his son and daughter in law, Jason and Melissa Langlois of Mineola, NY., his three grandsons Cooper, Cole and Cadon Langlois of Mineola, NY., his mother Marion Langlois of Montreal, Quebec, Canada, two brothers and a sister-in-law, Philip and Wendy Langlois of Toronto, Ontario, Canada and Bryan Langlois of Calgary, Alberta, Canada. He is also survived by his mother-in-law and father-in-law Patricia and James Yando of Malone, three brothers-in-law and two sisters-in-law, David Yando of Malone, Mark Yando and Mary McGrath of Malone, and Gary and Roslyn Yando of Chateaugay Lake, NY., and his nephews and nieces Jared and his wife Allison Yando of Delhi, NY., Courtney Yando of Chateaugay Lake NY., Ryan and wife Leah Yando of Malone, Kyle Yando of Malone and Ashley and Brady Langlois of Canada. Van was predeceased by his father, Irvin Langlois in 2007. Calling hours will be held on Friday, August 28, 2020, from 2-3 p.m. at the Bruso-Desnoyers Funeral Home, in Malone, NY. A Funeral Service will be held at 3 p.m., in the funeral home chapel with Deacon Brent Charland officiating. Burial will be in Notre Dame Cemetery, in Malone, NY. Donations in Van’s memory may be made to the Malone E.M.S. or the Malone Animal Shelter. Online condolences may be made to the family at www.brusofuneralservice.com. Arrangements are through the Bruso-Desnoyers Funeral Service, Inc., in Malone, NY.
To send flowers to the family or plant a tree in memory of Van Langlois, please visit Tribute Store
Friday
28
August

Donations may be made in his name to the Malone E.M.S. or the Malone Animal Shelter.