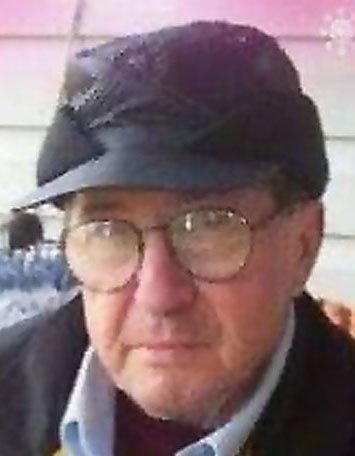 John F. Burgess, Sr., 83, of Malone, NY., passed away unexpectedly early Thursday morning, April 16, 2020, at the U.V.M. Medical Center Alice Hyde Hospital in Malone, NY. Born in Malone, NY., November 11, 1936, he was the son of the late Paul A. and Edna F. Larouch Burgess. He served in the United States Army from 1955-57 and was Honorably Discharged. Many years ago, John was employed by Sears as an auto parts salesman. He later worked as an aide at the Syracuse Veterans Hospital and then an aide at the Alice Hyde Hospital, in Malone, NY. He later moved back to Syracuse where he was a shoe salesman and later worked for Wilson Sporting Goods, after which he was employed by the New York State Highway Department. Lastly, he was employed by the Syracuse School District as a custodian for eighteen years. He retired in 1993 and moved back to Malone. He was a communicant of St. Andre Bessette Parish at St. John Bosco Church in Malone, NY and a Fourth Degree Member of the Malone Knights of Columbus. He is a past member of the Syracuse Lodge of Moose. He was commissioned in Syracuse to serve the Catholic Church on August 15, 1973. He enjoyed being with his family and helping the community. On August 16, 1958, he was united in marriage to the former Rose LaRocque at St. John Bosco Church, in Malone, NY. She predeceased him on December 7, 1987. Survivors include one daughter and son-in-law, Barbara and John Duchaine of Gansevoort, NY., one adopted son, Daniel Snyder of Brushton, NY., one brother, Joseph Burgess, Sr. of Syracuse, NY., one sister, Gladys Jandrew of Malone, NY., nine grandchildren, sixteen great grandchildren, two great great grandchildren and many nieces, nephews and cousins. Along with his parents and his wife, he was predeceased by one son, John Burgess, Jr.,two brothers, Frank F. and Paul E. Burgess and four sisters, Dorothy Jeror-Staring, Elizabell Perry, Lillian Pritchard, and Florence Russell. A Graveside Service and burial will be held Tuesday, April 21, 2020, at 11 a.m., at St. John Bosco Cemetery, in Malone, NY. Donations may be made in his memory to the Malone Catholic Charities. Online condolences may be made to the family at www.brusofuneralservice.com. Arrangements are through the Bruso-Desnoyers Funeraal Service, Inc. in Malone, NY.
To send flowers to the family or plant a tree in memory of John Burgess, Sr., please visit Tribute Store
Tuesday
21
April

Donations may be made in his memory to the Malone Catholic Charities.