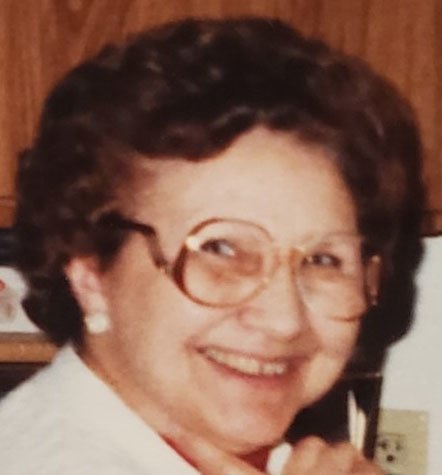 Inez E. Renadette, 98, of Malone, NY., passed away Wednesday afternoon, April 22, 2020, at The Alice Center, in Malone, NY. She had been a resident there since December 23, 2019. Born in Brandon, NY., December 23, 1921, she was the daughter of the late Albertis and Maude Thornton Bray. She attended local schools. Inez provided child care and housekeeping services for several families in the Saranac Lake and Malone area. She retired in 2002. She enjoyed puzzles, playing bingo and dancing. On October 15, 1942, she was united in marriage to Kenneth Perry in Bangor, NY. He predeceased her on December 2, 1947. On June 5, 1953, she was united in marriage to Donald A. Renadette in Utica, NY. He predeceased her on October 22, 2001. Survivors include two daughters and a son-in-law, Gail and Paul Fitzgerald of Indianapolis, IN. and Sheila Renadette of Liverpool, NY., three sisters and a brother-in-law, Margaret Reome of Malone, NY., Annabel Blair of Burke, NY., and Grace and Neil Wilkinson of Utica, NY., four grandchildren, nine great grandchildren and several great great grandchildren, and many nieces and nephews. Along with her parents and her two husbands, she was predeceased by two daughters, Kay Slater and Phyllis Fontaine, four brothers, Albertis Bray, Jr., Nelson Bray and Henry “James” Bray and three sisters, Dorothy Alix, Rose Rabideau and Jessie Dumas. There are no calling hours. A Graveside Service and burial will be held on date and time to be announced at the Stevens Cemetery in Brandon, NY. Donations may be made in her memory to the St. Jude Children’s Research Hospital. Online condolences may be made to the family at www.brusofuneralservice.com. Arrangements are through the Bruso-Desnoyers Funeral Service, Inc. in Malone, NY.
To send flowers to the family or plant a tree in memory of Inez Renadette, please visit Tribute Store

Donations may be made in Inez's name to the St. Jude Children's Hospital.