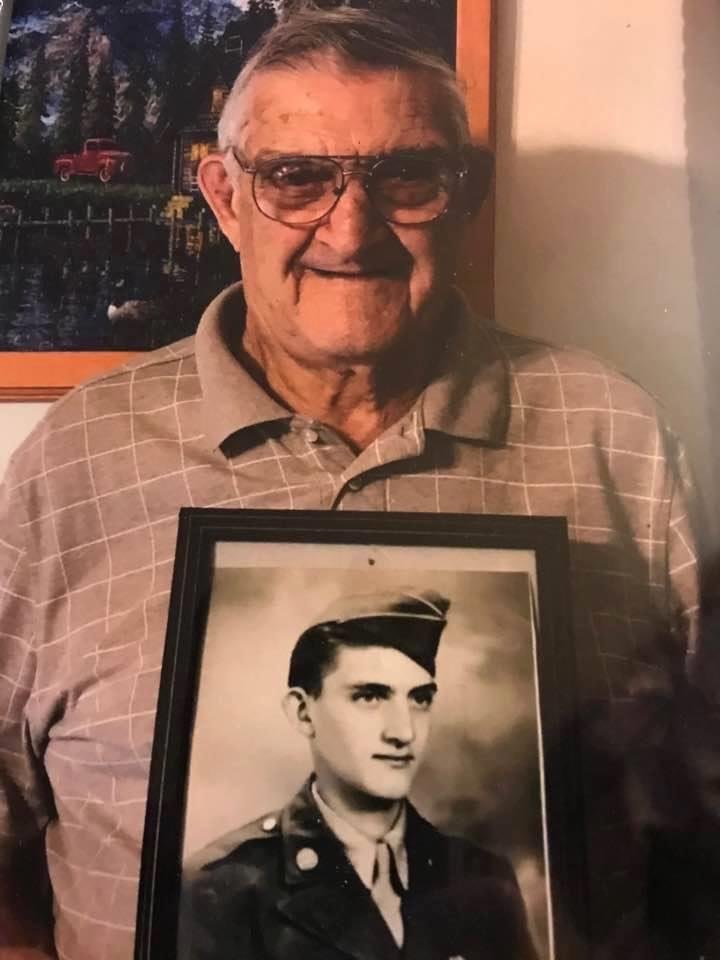 James H. McMahon, 93, of Fort Covington, NY., passed away Thursday afternoon, June 11, 2020, in Fort Covington, while under the loving care of his family, Kathleen Lauzon and Hospice of the North Country, Inc. Born in Malone, NY., November 23, 1926, he was the son of the late Robert and Eva McDonald McMahon. He attended local schools. He served in the United States Army during World War 2, from 1945 until his Honorable Discharge in 1946. James was a heavy equipment operator for N.L. Industries in Thawaus, NY., for more than forty years. He retired in 1991. He was a thirty year member of the Malone Amvets Post 8 and a sixty four year member of the Fort Covington American Legion Post 1418. He enjoyed fishing, hunting, gardening, camping, puzzles, carpentry, watching NASCAR and spoiling his grandchildren. On October 2, 1947, he was united in marriage to the former Evelyn Poulton. She predeceased him on January 23, 1991. He also had a companion of over twenty five years, Marie Dabiew who predeceased him on May 19, 2017. Survivors include two sons and three daughters-in-law, David and Patty McMahon of Tupper Lake, NY., Percy and Debra McMahon of Malone, NY., and Joan McMahon of Lakeland, FL., two daughters and sons-in-law, Doris and Bruce Allen of Malone, NY., and Donna and Lee Smith of Fort Covington, NY., and adopted daughter, Joan McClain of Malone, NY., and many grandchildren, great grandchildren and great great grandchildren form the McMahon and Dabiew families and many nieces, nephews and cousins. Along with his parents, his wife and companion, he was predeceased by a son, Dale McMahon, three brothers, Erwin, Donald and Gerald McMahon, one sister, Beverly Beaudoin and two grandchildren. A Graveside Service and burial with full military services, will be held Wednesday, June 17, 2020, at Noon in Elmwood Cemetery, in Fort Covington, NY., with Deacon Brent Charland officiating. Donations may be made in his memory to the Malone Amvets Post 8. Online condolences may be made to the family at www.brusofuneralservice.com. Arrangements are through the Cappiello-McKenzie and Cosgrove Funeral Home in Fort Covington, NY.
To send flowers to the family or plant a tree in memory of James McMahon, please visit Tribute Store
Wednesday
17
June

Donations may be made in his memory to the Malone Amvets Post 8.