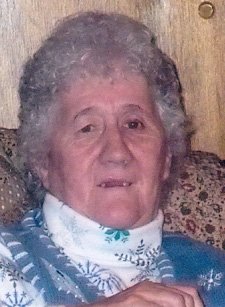 Janet M. Stevens, 79, of Fort Covington, NY., passed away early Friday morning, July 31, 2020, at The Alice Center, in Malone, NY. She had been a resident there since December 26, 2017. Born in Bombay, NY., April 20, 1941, she was the daughter of the late Oren and Gladys Rowell Drumm. She attended local schools. On December 27, 1969, she was united in marriage to Robert J. Stevens, at St. Mary’s Church, in Fort Covington, NY. He predeceased her on August 24, 2002. Janet was a cook at the Fort Covington Adult Center for several years. She was a communicant of St. Mary’s Church, in Fort Covington, NY. She enjoyed home crafts, sewing and embroidery. Survivors include one brother and two sisters-in-law, Gordon and Diane Drumm of Westville, NY., and Betty Drumm of Malone, NY., a special nephew and his wife, Rick and Tammy Keating of Malone, NY., and several nieces, nephews and cousins. Along with her parents and her husband, she was predeceased by one brother, Paul Drumm and four sisters and brothers-in-law, Barbara and Gerald Deschambault, Eileen Cartier Rousseau and her husband, Richard Rousseau, Delma and Charles Henault and Pauline and Richard Keating. There are no calling hours. A Graveside Service and burial will be held on Friday, August 7, 2020, at 11 a.m., at Sunnyside Cemetery, in Brushton, NY., with the Rev. Thomas Kornmeyer officiating. Online condolences may be made to the family at www.brusofuneralservice.com. Arrangements are through the Cappiello-McKenzie and Cosgrove Funeral Home, n Fort Covington, NY.
To send flowers to the family or plant a tree in memory of Janet Stevens, please visit Tribute Store
Friday
7
August