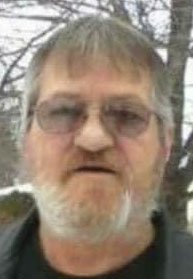 Please share a memory of Larry to include in a keepsake book for family and friends.
View Tribute Book
Larry G. Cook, 72, of Malone, NY, passed away late Monday night, September 28, 2020, at his home, while under the loving care of his wife, family and Hospice of the North Country, Inc. Born in Malone, NY, on December 25, 1947, he was the son of the late Jenzel “Neg” and Ethel Bessey Cook. He attended local schools. Larry served in the United States Army from January 1965 until his Honorable Discharge in December 1967. For many years, he was employed by Tru-Stitch Footwear in Malone. He was also a self employed mechanic. He was a member of the Malone American Legion. He enjoyed working on cars and motorcycles. He enjoyed his times with family and friends drinking coffee. He dreamed of owning a Harley Trike. On September 24, 1977, he was united in marriage to the former Debra Hughes, in Burke, NY. She survives. Along with his wife, Debra, he is survived by two daughters and sons-in-law, Terri and Terry Patterson of North Bangor, NY, and Cathy and Joey Hosler of Malone, NY, four brothers, Wendel Cook of Newark, NY., Randall Cook, of Malone, NY, Robert Cook and his companion, Lorrie Gardner of Malone, NY, and Daniel Cook and his companion, Stephanie Patnode of Malone, NY., five sisters and two brothers-in-law, Leona Quick of Ogdensburg, NY, Cathy Stromnes of Canton, NY, Linda Hart of Malone, NY, Sylvia and Richard St. Denis of Bangor, NY, and Darlene and David Pickering of Bangor, NY, four grandchildren, Corrine, Ian, Tia and Krista Hosler and many nieces, nephews and cousins. Besides his parents, he was predeceased by two brothers, Clayton and Irving Cook and two sisters, Gloria Smith and Marilyn Cook. Calling hours will be Tuesday, October 6, 2020, from 10 a.m. until Noon, at the Bruso-Desnoyers Funeral Home, in Malone, NY. A Funeral Service will be held at Noon in the funeral home chapel, with the Rev. Billy Bond officiating. The Malone American Legion, Post 219, will provide Military Rites. Donations may be made in his memory to the Alice Ballard Fund of Hospice of the North Country, Inc. in Malone, NY. Online condolences may be made to the family at www.brusofuneralservice.com. Arrangements are through the Bruso-Desnoyers Funeral Service, Inc. in Malone, NY.
To send flowers to the family or plant a tree in memory of Larry Cook, please visit Tribute Store
Tuesday
6
October

Donations may be made in his memory to the Alice Ballard Fund of Hospice of the North Country, Inc. in Malone, NY.