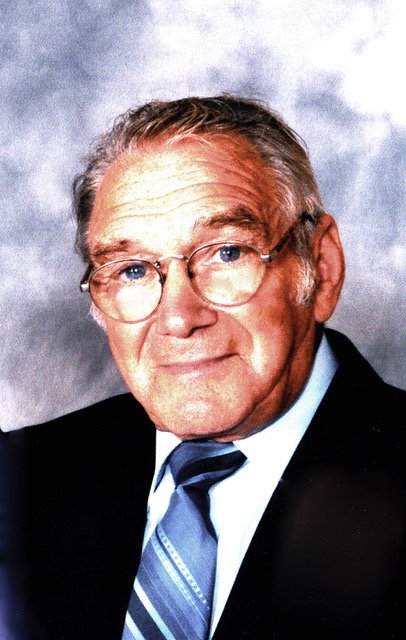 Please share a memory of Paul to include in a keepsake book for family and friends.
View Tribute Book
Paul Wood, 88, of Westville, passed away Tuesday morning, on October 6, 2020 in Ormond Beach, FL. Born in Malone on September 1, 1932, he was the son of the late Raymond and Mildred (Allen) Wood. Paul served in the United States Army during the Korean War, stationed in Korea and Japan. He was Honorably Discharged. Upon returning home from the War, he was united in marriage to the former Jean Phillips at St. Augustine’s Church, in North Bangor. She predeceased him in 2007, after 52 years of marriage. Paul was employed by Glazier's Meatpacking Company in Malone. He later worked at Reynolds Aluminum in Massena, for nearly 30 years. He also owned and operated his own business, Woody’s Sanitation. Paul was the supervisor of the Town of Westville for 26 years, something of which he was most proud. During his tenure as supervisor, he secured housing for senior citizens in Westville, Ft. Covington, and Bombay. In his retirement, Paul volunteered with Meals on Wheels. He was a skilled welder and mechanic and loved to putter in his garage. Paul enjoyed classic country music and traveled many times with Jean to Nashville, TN and Branson, MO to enjoy live music performances. Paul adored his family. Survivors include his son, Eric “Pecky” Wood of Daytona Beach, FL, four sisters, Viola Travers of Constable, NY, Nancy King of Bellmont, NY, Linda Moses, and Susan Reome both of Malone, NY two granddaughters, Sarah (Justin Stalls) of Wilton, CT, and Katie (Gordon Drumm Jr.) of Westville, NY and his three great grandchildren, Elliott, Spencer & Lucia Jean, as well as many nieces, nephews and cousins. Along with his parents, Paul was predeceased by one brother, Richard Wood in 1997. There are no calling hours. Funeral services and burial will be private and at the convenience of the family. Donations may be made to the Westville Volunteer Fire Department. Online condolences may be made to the family at www.brusofuneralservice.com Arrangements are through the Bruso-Desnoyers Funeral Service, Inc. in Malone, NY.
To send flowers to the family or plant a tree in memory of Paul Wood, please visit Tribute Store

Donations may be made in his memory to the Westville Volunteer Fire Department.