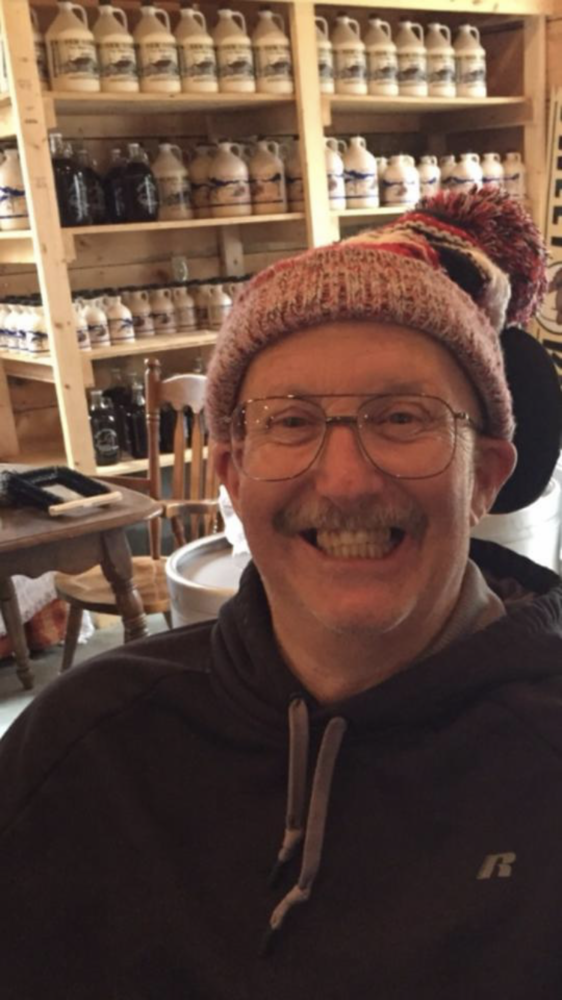 Please share a memory of Bruce to include in a keepsake book for family and friends.
View Tribute Book
Bruce D. Hastings, 67, of North Bangor, NY., “ The Mountains are Calling You”. He passed away Thursday night, October 8, 2020, at C.V.P.H., in Plattsburgh, NY, with his loving wife and family by his side. He had been a patient there since October 2. Born in Malone, NY., January 28, 1953, he was the son of the late Dr. Wade and Marjorie Wood Hastings. He graduated from Franklin Academy in Malone, NY, in 1970 and from Lemoyne University with a B.A. in Mathematics and Science in 1974. Bruce taught at Brushton-Moira High Central School for more than thirty four years. He also coached High School Baseball and Basketball. He retired in 2007. He served as the Justice of the Peace for the Town of Brandon for thirty eight years. He was a life member of the N.R.A. He was a member of the N.Y.S. Magistrate Association, St. Regis Falls Sportsman’s Club and a forty five year member of the McCavanaugh Pond Hunting Club. He was an avid outdoorsman and enjoyed hunting, fishing, trapping and producing maple syrup. He treasured every moment that he could spend in the great outdoors with his family, especially his son, Jason and his grandchildren. He enjoyed the many friends that stopped to chat with him at the roadside stand that he operated during apple season. On June 14, 1975, he was united in marriage to the former, Karen O’Connor at St. Augustine’s Church, in North Bangor, NY. She survives. Along with his wife, Karen, he is survived by one son and daughter-in-law, Jason and Jill Hastings of North Bangor, NY, two daughters and sons-in-law, Missie Hastings-LaVigne and her husband Todd LaVigne of North Lawrence, NY., and Lisa and Stan Brockway of North Bangor, NY, three men that he cherished as sons, Adam Southworth, Jason Johnston and Allen Marlowe all of North Bangor, NY, two brothers and sisters-in-law, Barry and Zenaida Hastings of North Bangor, NY., and Brent and Molly Hastings of Milton, VT, one brother-in-law, Richard Sherwin of Maryland, eight grandchildren, Maggie, Jason, Matt, and Hank Hastings, Tristan and Fionah LaVigne, Marissa Taylor and Brianna Jacques and many nieces, nephews and cousins. Along with his parents, he was predeceased by one daughter, Sherry Hastings in 1979, one brother, Craig “Margo Jane” Hastings and one sister, CherryB Sherwin. Calling hours will be Tuesday October 13, 2020, from 4 until 7 p.m., at the Bruso-Desnoyers Funeral Home, in Malone, NY. A Mass of Christian Burial will be celebrated on Wednesday October 14, 2020, at 2 p.m., at Notre Dame Church in Malone, NY. Burial will be in St. Augustine’s Cemetery, in North Bangor, NY. Donations may be made in his memory to the North Bangor Volunteer Fire Department or E.M.S. Online condolences may be made to the family at www.brusofuneralservice.com. Arrangements are through the Bruso-Desnoyers Funeral Service, Inc. in Malone, NY.
To send flowers to the family or plant a tree in memory of Bruce Hastings, please visit Tribute Store
Tuesday
13
October

Donations may be made in his memory to the North Bangor Volunteer Fire Department or E.M.S.