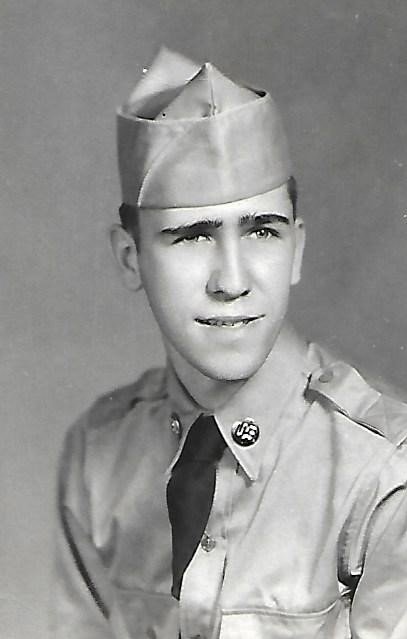 Please share a memory of Gene to include in a keepsake book for family and friends.
View Tribute Book
Gene R. Riley, 87, of Malone, NY, passed away Saturday, November 28, 2020, at the home of his daughter, in Wappingers Falls, NY, with his two loving daughters, Laurel and Lowana by his side. He had been under the care of his family and Hudson Valley Hospice. Born in Malone, NY, August 10, 1933, he was the son of the late Lawrence and Myrtle Thomas Riley. He graduated from Brushton High School in 1952. He served in the United States Army from 1953 until his Honorable Discharge in 1955. Gene was a Mental Hygiene Aide at the Harlem Valley Psychiatric Center in Wingdale, NY, for more than twenty five years. He retired in 1988. He enjoyed camping at Mountain View, NY, watching sports and bowling. He was united in marriage to the former Louise Walker in 1962. The marriage ended in divorce, but they remained friends. On June 20, 1988, he was united in marriage to the former Caroline Monty Miesell, in Fort Royal, VA. She predeceased him on March 13, 2017. Survivors include two daughters and sons-in-law, Lowana and Glenn Jackson of Palm Bay, FL, and Laurel and Robert Riley-Brown of Wappingers Falls, NY, two stepsons, Ronald Miesell and his wife Janel of Sterling, PA, and Richard Miesell of Baton Rouge, LA, one sister, Wanda Trim of Malone and several grandchildren, great grandchildren, nieces, nephews and cousins. Along with his parents and his wife, he was predeceased by one brother, Ward Riley and one sister, Jane LaVare. Calling Hours will be Friday December 4, 2020, from 10 a.m. until Noon, at the Bruso-Desnoyers Funeral Home, in Malone, NY. A Funeral Service will be held at Noon in the funeral home chapel with the Rev. Billy Bond officiating. Burial with full military rites conducted by the Malone American Legion, will be in Notre Dame Cemetery, in Malone. Online condolences may be made to the family at www.brusofuneralservice.com. Arrangements are through the Bruso-Desnoyers Funeral Service, Inc. in Malone, NY.
To send flowers to the family or plant a tree in memory of Gene Riley, please visit Tribute Store
Friday
4
December