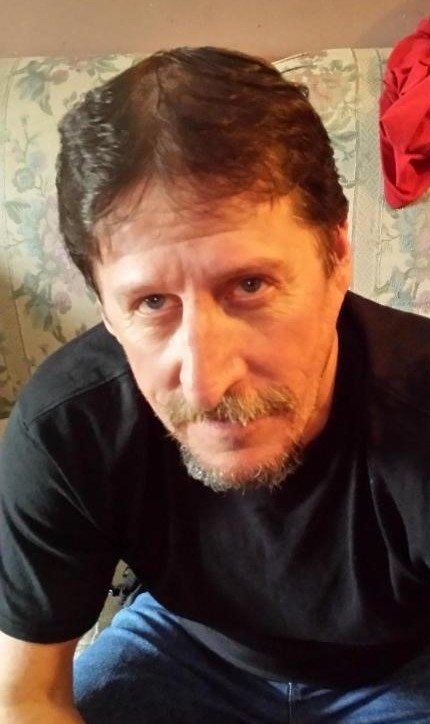 Please share a memory of Steven to include in a keepsake book for family and friends.
View Tribute Book
Steven Roderick Downer, 59, of Malone, NY., passed away at a close friends house in Malone on Wednesday, March 31, 2021. Born in Malone on March 29,1962, he was the son of Roderick and Sandra Brockway Downer. He attended Malone Schools and was a self-employed mechanic for many years. Steven also worked at K-Mart, Lee’s Cleaning Service, Northern Ambulance and also worked with his father doing maintenance for Drs. Epstine and Gorman. On May 7th, 1994, he was united in marriage to Jaylene White. They later separated. He loved MOPAR Muscle Cars, NASCAR, refurbishing motorized bikes and loved his Milwaukee’s Best and Busch beer with friends. He is survived by his one son, Jason Downer and his companion Elizabeth Tower of Malone; his two daughters, Heather Downer of Winthrop, N.Y., and Vanessa Downer and her companion Justin Ploof of Moira, N.Y.; his ex-wife Jaylene Downer; his current companion Tina Sancomb of Liverpool, N.Y.; a sister Tina Downer and her companion Mark Bouchard of Fitzwilliam, N.H.; his two step sisters Samantha Rousseau of Troy, N.Y. and Charlene Yando of Troy, N.Y.; two step brothers Nick Downer of Camillus, N.Y. and Steve Yando of Troy; his nine grandchildren, Amber, Kaeleb, Connor, Brayden, Raycen, Corbyn, Adrian, Jacob and Brentley; a close buddy Marty Gokey of Malone; his former companion Jacqueline Pazdur of Troy and two nieces, Candie Downer of Malone and Paige Sevivis of Ludrow, Mass. He was predeceased by his parents Roderick and Sandra Brockway Downer, his sister Rose Marie Downer and a grand-daughter Adrianah Downer. A Graveside Service will be held at Morningside Cemetery in Malone, N.Y. on May 22nd at 11a.m. Donations may be made to the Crisis and Recovery Center on Fourth Street in Malone. Online condolences may be made to the family at www.brusofuneralservice.com. Arrangements are through the Bruso-Desnoyers Funeral Service, Inc. in Malone, NY.
To send flowers to the family or plant a tree in memory of Steven Downer, please visit Tribute Store
Saturday
22
May

Donations may be made in Steven's name to the Crisis and Recovery Center on Fourth Street in Malone, N.Y.
Online Memory & Photo Sharing Event
Online Event
About this Event