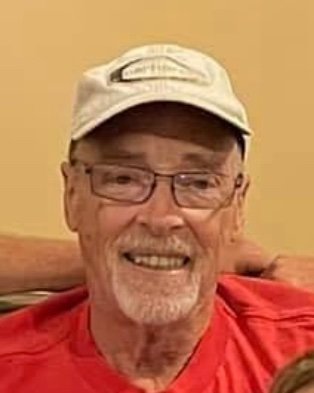 Obituary of James A. Hardy

Please share a memory of James to include in a keepsake book for family and friends.
View Tribute Book
James A. Hardy, 69, passed away on Friday, May 7th, 2021 in Burlington, VT with his family by his side. Jim was born in Montreal, Quebec on June 14th, 1951, the son of the late William and Regina Spellman Hardy. He graduated from Franklin Academy, Class of 1969. He attended SUNY Cortland and then returned home to Malone to work in the family business, A.S. Hardy Company. He worked in and owned the business with his cousin Steve Hardy until it closed in 2018. On July 10, 1976, he married Dianne Tucker in Malone, NY. They had three sons, Kris, Jeremy, and Adam. Jim was involved in sports most of his life. He played football, basketball, and baseball while in school. He pitched for the Burke baseball team after high school and played Slo-Pitch softball at the Amvets for many years. He bowled in Malone for many years in the Monday night league. He also played in and ran the North Country Dart League in Malone. Jim was inducted into the FA/SJA Hall of Fame in 2020. Jim coached Little League baseball and coached youth hockey. He was a past board member and board President of the Malone Minor Hockey Association. Jim was an active member of the Sons of the American Legion and was the Treasurer for the last several years. Along with his wife, Dianne, he is survived by his three sons Kris (Nicole Manley), Jeremy (Jackie Gonzalez) and Adam, all of Malone, one brother, Don Hardy of Malone; four grandchildren Kade, Kole and Krew Hardy and Jayla Gonzalez-Hardy, a brother-in-law Robert Hudak, two nephews Mark and Stephen Hudak, a sister-in-law Sharon Tucker, brothers-in-law James (Karen) Tucker, Ed Tucker, and Don Tucker of Tucson, AZ, Tom (Wendy) Tucker of Florida and many cousins. Along with his parents, he was predeceased by his sister Lynn Hardy Hudak. Jim had a great sense of humor and will be missed by all who knew him. Calling hours will be held at Bruso-Desnoyers Funeral Home on Friday, May 14th from 12:00 noon to 3:00 pm. A Funeral Service will be held at 3:00 pm in the funeral home chapel, with the Rev. Billy Bond officiating. The burial will take place following the service at St. Joseph’s Cemetery on the Child’s Rd. Donations in Jim’s name may be made to the Sons of the American Legion and/or Malone Minor Hockey Association. Arrangements are through the Bruso-Desnoyers Funeral Service, Inc. in Malone, NY.
To send flowers to the family or plant a tree in memory of James Hardy, please visit Tribute Store
Friday
14
May

Donations may be made in his memory to the Sons of the American Legion or to the Malone Minor Hockey Association.
Online Memory & Photo Sharing Event
Online Event
About this Event