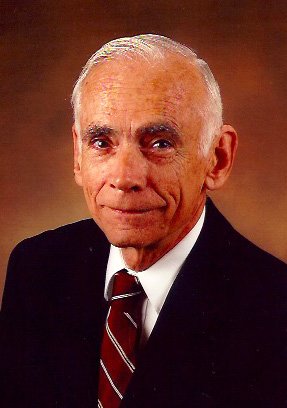 Please share a memory of James to include in a keepsake book for family and friends.
View Tribute Book
James (Jim) Coughlin, long time NNY businessman died Sunday June 6th (2021) at his Pine Crest Farm home on County Rt 25 in Malone following a brief illness at age 89. Born July 14, 1931 in Watertown NY, he was the son of the late William M. and Irene Lynch Coughlin. He was married to Elizabeth Jane Horr on April 22, 1950 in St. Andrew’s church, Sackets Harbor NY. She predeceased him on May 19, 2019. He was also predeceased by his oldest daughter Alice on Feb 8th 1972. Survivors include 1 brother Joseph of Watertown along with 1 daughter Barbara Coughlin and her husband John Fallon of Delmar, NY. 11 Sons survive including James (Monte) Jr. and Liz of Wilmington NC, Kevin and Sandra of Sandy Springs GA, John and Ann of Tampa FL., William of Gig Harbor WA, Richard and Zaya of Arlington VA, Robert and Sonya of Woodbridge VA, Paul and Laurie of Annandale VA, Francis and Mary of Germantown MD, Tim and Shon of Atlanta GA, Ted of Brickell Fl, and Thom and Lora of Alpharetta GA. 18 Grandchildren and 5 great grandchildren also survive with many nieces and nephews. Jim graduated from Immaculate Heart Academy in Watertown NY in 1949 and Clarkson University, Potsdam in 1953. He was employed in Sales for NY Airbrake Company for 15 years moving to Malone NY in 1968 to become general manager of Elliott & Hutchins a distributor for recreational and industrial equipment. He was named President when that firm was sold to Bombardier of Canada in 1978. In 1980, Jim became President of Steyr Daimler Puch of America in Greenwich Ct. and later moved that company’s corporate US headquarters to Malone in 1984. He retired in 1998. Jim served on the Immaculate Heart school board while in Watertown and was a Boy Scout leader and district committee member. After moving to Malone, he became a member and served as President of Malone Central School Board. Jim served on the Alice Hyde Hospital board for 35 years. He also served on the boards of Mater Dei College in Ogdensburg, the Catholic Diocese of Ogdensburg and the sisters of St Joseph finance committees. Member and past president of Potsdam College foundation and the board for St. Joseph’s rehabilitation center in Saranac Lake and past member of Malone Rotary Club. In 1988, Jim received the Clarkson University Golden Knight award for outstanding community service. He was an avid skier and mountain climber becoming an Adirondack 46er having climbed all of the peaks over 4000 ft. Memorials can be made to the scholarship in his name at Franklin Academy High school in Malone, The Alice Ballard Fund of Hospice of the North Country or to the Alice J Coughlin memorial scholarship at Immaculate Heart Central High school in Watertown NY. Calling hours in Bruso Desnoyers funeral home in Malone Thursday June 10 from 2 to 4 and 7 to 9pm. A Mass of Christian Burial will be celebrated in Notre Dame church Friday at 10am. Private services in Watertown will be at Sisters of St. Joseph Motherhouse on Saturday. Burial in the family gravesite in Glenwood cemetery, Watertown NY. Online condolences may be made to the family at www.brusofuneralservice.com. Arrangements through Bruso Desnoyers Funeral Service, Inc., in Malone, NY.
To send flowers to the family or plant a tree in memory of James Coughlin, please visit Tribute Store
Thursday
10
June

Donations may be made in his memory to the scholarship in his name at Franklin Academy High School in Malone, NY, the Alice Ballard Fund of Hospice of the North Country, Inc., or to the Alice J. Coughlin memorial scholarship at Immaculate Heart Central High School in Watertown, NY.
Online Memory & Photo Sharing Event
Online Event
About this Event