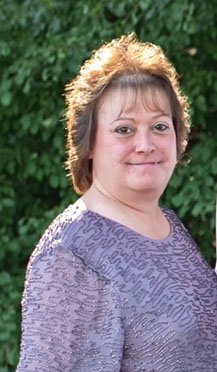 Linn M. LaPage, 50, of Malone, NY, passed away unexpectedly on Sunday, August 1, 2021, in Owls Head, NY. Born in Tucson, AZ, July 7, 1971, she was the daughter of the late Arthur and Wilma Griffith Rousell. On July 31, 2007, she was united in marriage to William “Bill” M. LaPage in Malone, NY. He survives. Many years ago, Linn was employed by Vale Haven Adult home, where she worked in the kitchen and housekeeping. For the past four years, Linn was employed by Kinney Drugs Downtown as a cashier. She enjoyed camping, fishing, feeding her feathered friends and singing Karaoke. She enjoyed the companionship of her loving cats. Her most cherished times were spent at family gatherings and with her grandchildren. Along with her husband, Bill, she is survived by three sons; Joseph Kalin and his wife, Whitney of Champlain, NY, Brandan Kalin and his companion, Makenzie Pickering of Malone, NY, and Eric Stowell of Dickinson Center, NY; three brothers and two sisters-in-law, Richard and Gail LaPage of Constable, NY, Darrell LaPage of Jacksonville, NC, and William and Sherri LaPage of Jacksonville, NC; one sister and brother-in-law, Sheila and Dennis Guerin of Potsdam, NY; three grandchildren, Easton and Wyatt Stowell and Journey Kalin, and several nieces, nephews and cousins. Calling hours will be Friday, August 6, 2021, from 10:30 am. until 12:30 pm., at the Bruso-Desnoyers Funeral Home, in Malone, NY. A Funeral Service will be held at 12:30 pm., in the funeral home chapel, with Deacon Brent Charland officiating. Burial will be in St. George’s Cemetery, in Burke, NY. Online condolences may be made to the family at www.brusofuneralservice.com. Arrangements are through the Bruso-Desnoyers Funeral Service, Inc. in Malone, NY.
To send flowers to the family or plant a tree in memory of Linn LaPage, please visit Tribute Store
Friday
6
August