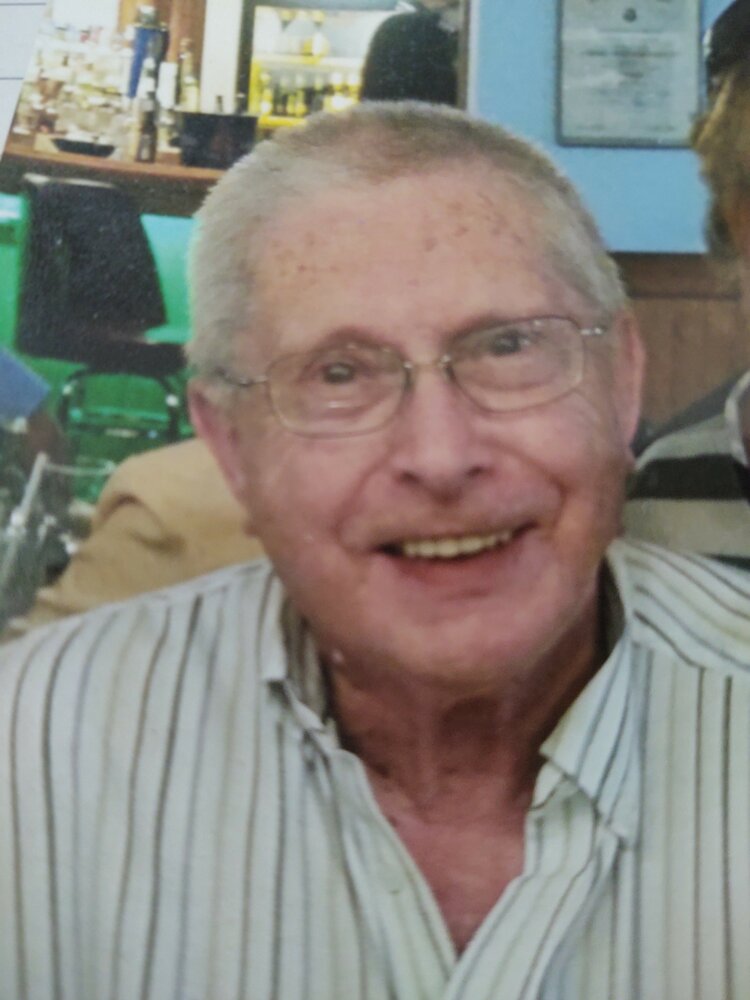 Please share a memory of Darol to include in a keepsake book for family and friends.
View Tribute Book
Darol “Gene” Eugene Fisher, 82 of Malone, N.Y., passed away at his home on October 11, 2021 under the care of his family and Hospice of the North Country, Inc. Born in Burke, N.Y. on August 10, 1939, he was the son of the late Leo “Henry” and Ethel Fisher. He graduated from Franklin Academy and attended North Country Community College. On May 16, 1959, he was married to the former Tricia M. Barney at St. Helen’s Church in Chasm Falls, N.Y. She predeceased him on March 8th, 2017. He was the manager and buyer for the National Army Store and Tru-Stich in Malone. He also managed Pearl Street Lanes and several other local bowling alleys. He was an avid bowler, loved fishing and spending time with his grandchildren. He was very family oriented and took great care of his wife. Darol was a member of the Holy Name Society, Malone Moose Lodge, where he was the administrator, and the Knights of Columbus. He is survived by his three daughters and a son-in-law, Debra Langlois of Malone, Patricia Lamica of Malone and Kelly and Tim Lamay of Malone; a sister-in-law Margaret Fisher; his grandchildren Kelvin Wayne Langlois, Curtis Eugene Langlois, Jason Michael Kemp, Meghan Kemp, Stephanie Kemp, Derek R.F. Marshall, Daniel C.G. Marshall and his wife Chelsea, Kyrsten M.J. Mallette, Timothy Lamay, Jr., Austin Lamay and his fiancé Erin McDonald; a son-in-law Michael Kemp, as well as many nieces, nephews, great grandchildren and cousins including his close cousins Gordon and Marguerite Fisher, and good friend Aletha Deuyour. Besides his parents and his wife, he was predeceased by his three brothers Willard, Henry and James Fisher; his three sisters Theresa Fisher, Anna LePage and Clada Ashley; two daughters Sally Kemp and Shelley Fisher; a grand daughter Lindsey Kemp and a son-in-law Kelvin Langlois. Donations may be made in Darol's name to the Hope Lodge in Burlington, Vt. or Hospice of the North Country, Inc. A Mass of Christian Burial will take place at noon on Wednesday, October 20th at Notre Dame Church in Malone. Burial will be in New St. Joseph’s Cemetery on the Childs Road in Malone. Online condolences may be made to the family at www.brusofuneralservice.com. Arrangements are through the Bruso-Desnoyers Funeral Service, Inc. in Malone, NY.
To send flowers to the family or plant a tree in memory of Darol Fisher, please visit Tribute Store
Wednesday
20
October

Donations may be made in Darol's name to the Hope Lodge in Burlington, Vt. or Hospice of the North Country.
Online Memory & Photo Sharing Event
Online Event
About this Event