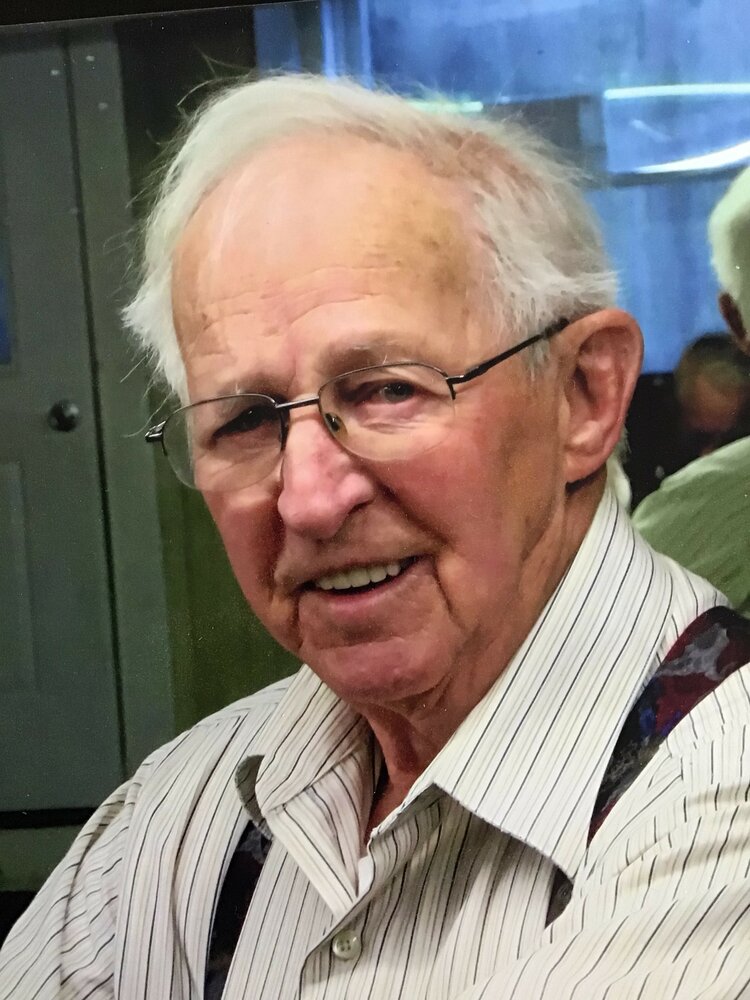 Please share a memory of Ray to include in a keepsake book for family and friends.
View Tribute Book
Conrad “Ray” Normandeau, 90, of Malone, N.Y., passed away on April 1, 2022 at his home under the care of his family and Hospice of the North Country. Born October 8, 1931 in Tupper Lake, N.Y., he was the son of the late Albert and Mederise Quesnel Normandeau. Ray served in the United States Air Force during the Korean War. He was a past member and commander of the Malone AMVETS, and a member of the American Legion Post 219. He was also a member of Notre Dame Church. Ray had the privilege of participating in The Honor Flight. In 2017, he was named Malone Citizen of the Year. On June 2, 1953, he married Anita Soucy in Ormstown, Quebec. She survives. Ray was a self-employed barber, operating Ray’s Barber Shop in Malone, and was a master carpenter who built his own home and camp and loved to help family with their projects. Along with his wife, he is survived by his three daughters and their husbands, Sylvie and Howard Mulcahey of Winchester, Virginia, Judy and Scott Hamilton of Malone and Lynne and Dan Dumont of Malone, and his daughter-in-law Tracie Normandeau of Constable, N.Y. Ray’s son Paul Normandeau predeceased him on October 22, 2021. He also leaves behind his four sisters, Monique and Suzanne Normandeau, Luce Boileau and Adele Bruno, as well as fourteen grand and eight great grandchildren. Along with his parents and Paul, he was predeceased by a brother Lawrence Normandeau, and a sister Biola LaVoie. An hour of visitation will take place on Wednesday, April 6, 2022, from 11am-12pm at Notre Dame Church on Church Street in the Arsenal Green, Malone. A Mass of Christian Burial will take place at noon with Father Steve Murray, Pastor of St. Andre Bessette Parish officiating. Following Mass, Military Funeral Honors will be provided outside the church by the Malone Veterans Firing Squad. The family requests any donations in Ray’s memory be made to Hospice of the North Country. Friends may offer online condolences at www.brusofuneralservice.com. Arrangements are under the care of the Bruso-Desnoyers Funeral Service in Malone, N.Y.
To send flowers to the family or plant a tree in memory of Ray Normandeau, please visit Tribute Store
Wednesday
6
April

Donations may be made in Ray's memory to Hospice of the North Country.
Online Memory & Photo Sharing Event
Online Event
About this Event