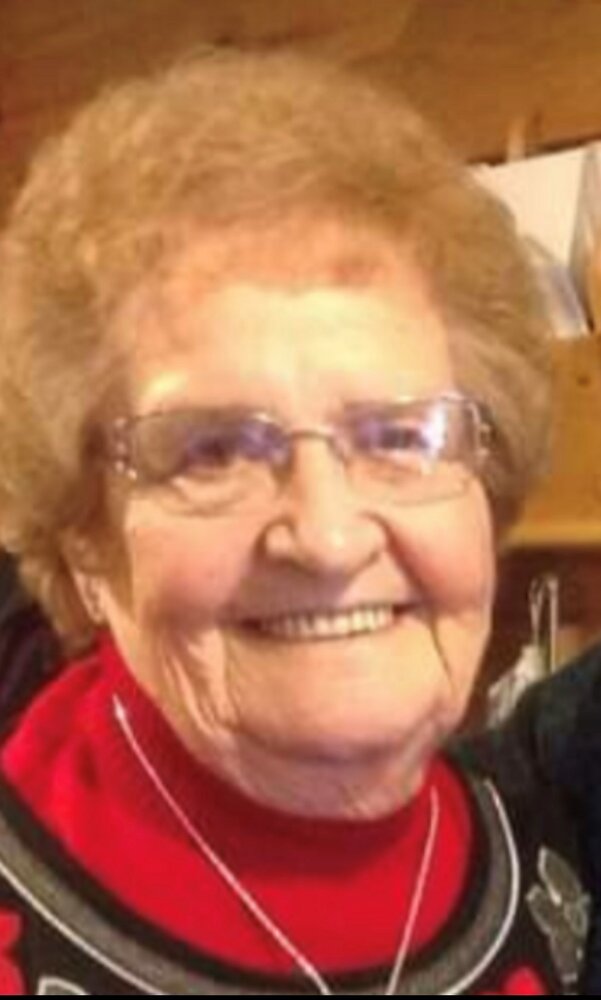 Please share a memory of Theresa to include in a keepsake book for family and friends.
View Tribute Book
Theresa Johnson Marshall, age 87, of Malone, N.Y., passed away on May 11, 2022, at her home, while under the care of her loving family and Hospice of the North Country. Born on September 28, 1934, in Malone, she was the daughter of the late Walter and Delia Charette Johnston. She was wed to Leon Fleury, who predeceased her on June 2, 1985. She then married Frank Marshall on December 17, 1992 at Notre Dame Church in Malone. He survives. She was a dairy farmer and homemaker. She was a lifetime member of the American Legion Ladies Auxiliary, the Catholic Daughters, Elks Lodge Auxiliary, Alice Hyde Medical Center Auxiliary, was a past member of the St. Joseph’s Altar Rosary Society and a past member of the Moose Lodge in DeBary, Florida. Along with her husband, she is survived by her sons; Kenneth (Lori) Fleury of Tavares, FL. and Kevin (Bonnie) Fleury of Moira, N.Y., her daughters; Karen (Allen) Brown of Palm Coast, FL., and Kathy (Robert) Suggett of Hamilton, Ont., her stepchildren; Kenneth (Rose) Marshall, Allen Marshall, Robert (Tammy) Marshall, all of Malone, Maureen Soulia of Burke, N.Y., Veronica (Donald) Nichols of Chateaugay, N.Y. and Connie (Robert) McDonald of Chateaugay, a brother; Francis (Marilyn) Johnson of Malone a sister; Shirley Yando from Malone, two daughters-in law; Diane Fleury and Sharon Marshall, as well as many grandchildren and great Grandchildren. Along with her parents and first husband, Theresa was predeceased by a son, Kurt Fleury, stepson William Marshall, stepson Michael Soulia, a brother Walter Johnson, Jr. and a sister Florence Weller. A Mass of Christian Burial will be held at Notre Dame Church in Malone on Monday, May 23, 2022 at noon, with burial to follow at St. Augustine’s Cemetery in North Bangor, N.Y. Donations may be made in Theresa’s name to the Malone American Legion Auxiliary. Arrangements are under the care of Bruso-Desnoyers Funeral Service in Malone, N.Y., where online condolences may be shared at brusofuneralservice.com.
To send flowers to the family or plant a tree in memory of Theresa Marshall, please visit Tribute Store
Monday
23
May

Donations may be made in Theresa's name to the Malone American Legion Auxiliary.
Online Memory & Photo Sharing Event
Online Event
About this Event