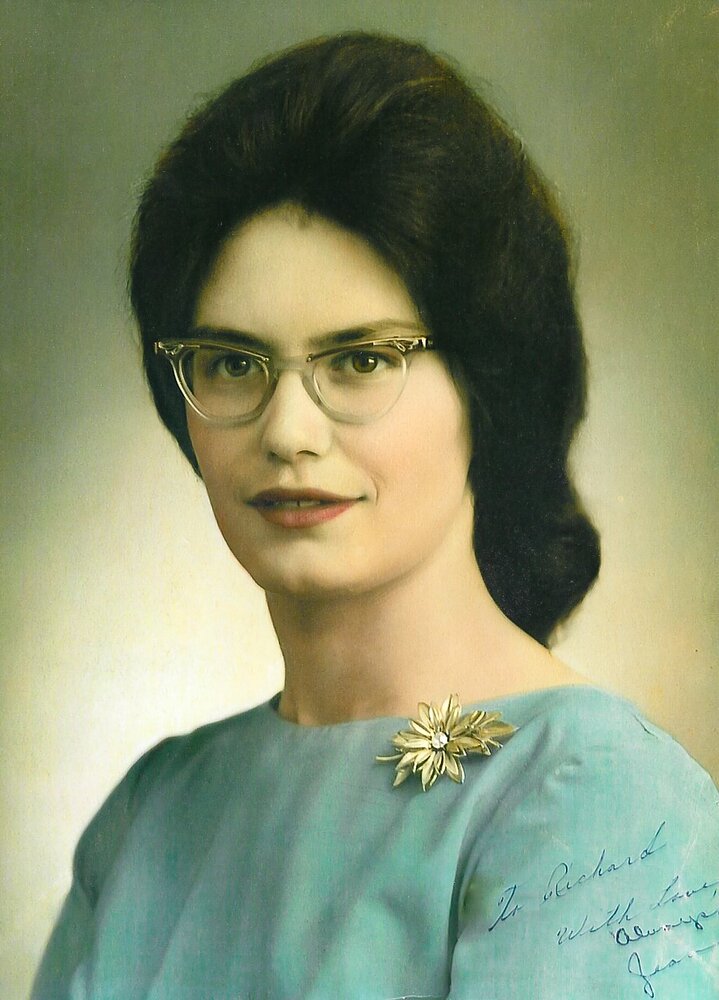 Obituary of Jean A. Russell

Please share a memory of Jean to include in a keepsake book for family and friends.
View Tribute Book
Jean A. Russell, age 76, of Malone, N.Y. passed away on May 29, 2022 at home. Jean was born in Malone on July 11, 1945. She was the daughter of Roy and Florence (Jock) LaRoe. On November 20, 1965 she was united in marriage to Richard Russell. In 1981 she began working for Malone Central School District overseeing the cafeteria in which she always enjoyed making sure children had plenty to eat. She later transitioned from the cafeteria and became a teacher aide until 2019 when her health prevented her from working. She is survived by her husband; Richard Russell of Malone, her 3 daughters; Melissa (Marc) Richardson of Malone, Lynn (Ronald) Coleman of Bloomingdale, N.Y., Stacie (Jason) Jock of Burke, N.Y. and 1 Son Richard Russell Jr. of Malone. She had 7 grandchildren; Eric (Turina) Dufrane of Constable, N.Y., Malarie (Mark) Robideau of England, Ethan (Heather) Dufrane of Constable, Alex and Lucas Jock of Burke, Christopher (Samantha) Coleman of Bloomingdale, and Katelyn (Justin) Williams of Tupper Lake, N.Y. There are 7 Great Grandchildren; Cooper Dufrane, Brayden Dufrane, Charlotte Robideau, Carson and Caleb Williams, Camille and Wesley Coleman. She also is survived by sisters in law; Linda Lamay and Larraine Mulverhill, Brothers in law; Wayne (Jackie) Russell, Roderick (Roxanne) Russell and many nieces and nephews. She was predeceased by her parents, sisters; Blanche McCabe, Charlotte Hence, Ruth Butchino, Eleanor Henderson, Dorothy Iby, and her two brothers; Wayne LaRoe and James LaRoe. She will be greatly missed by everyone who knew her. She was the rock of her family and will continue to live on through each of us. Visitation will be held on Saturday, June 11, 2022 from 10am-12pm at Bruso Desnoyers Funeral Home. A Funeral Service will take place at noon with Deacon Brent Charland of St. Andre Bessette Parish officiating. Burial will be at St John Bosco Cemetery. The celebration of life will be held at American Legion in Malone on Elm Street from 1pm-4pm. Bruso-Desnoyers Funeral Service in Malone is serving the family, and condolences and memories may be shared on the funeral home website at www.brusofuneralservice.com.
To send flowers to the family or plant a tree in memory of Jean Russell, please visit Tribute Store
Saturday
11
June