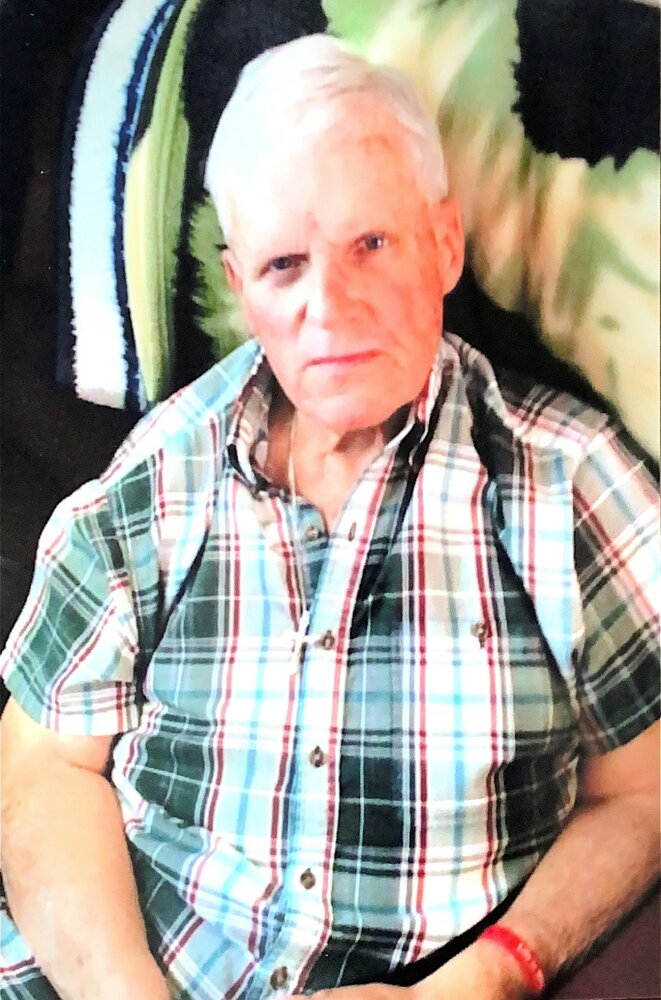 Please share a memory of Richard to include in a keepsake book for family and friends.
View Tribute Book
Richard Michael Neuser, age 76, of North Bangor, N.,Y., passed away on June 4, 2022 at the University of Vermont Health Network; Alice Hyde Medical Center in Malone, N.Y., with his loving family at his side. Born on April 2, 1946, in the City of Syracuse, N.Y., he was the son of the late John T. and Mary (Cummings) Neuser. Richard graduated from St. Patrick’s High School, where he was an Altar Boy all through school. He served a four year stint in the United States Airforce. He would go on to get an Associates Degree and worked at Church and Dwight/ Arm and Hammer Company, and later as a Corrections Officer at Auburn Correctional Facility in Auburn, N.Y., retiring on May 24, 2011. He was a member of the Brushton-Moira American Legion. He was an avid fan of the Syracuse Crunch, Chiefs and S.U. sports, watched Yankees Baseball with his baby girl January, loved watching Ricky and Garrett’s games and always wanted Big Rick to give him the stats from the games. He loved his dogs, especially Angel, and enjoyed working with his wife on the horse farm. He liked going for rides and getting ice cream, and he and his daughter were big Pepsi lovers. He was very proud of all his kids and grandkids and enjoyed jokes with his granddaughters. He would often seek medical advice from his grandson Jay. On October 10, 1980, he would marry the former Linda Hourihan in Syracuse. His wife survives. Other survivors include his sons Richard Scott Neuser (Jennifer) and Shawn Mclaughlin, daughters January Neuser and Dawn Marie Clark, a brother and sister in Syracuse; Gary (Vicky) Neuser and Linda Donovan, and his grandchildren; Richard Joseph, Kyle, Jay, Garrett, Victoria (Joey) Love, Lee (Star), Emilee, Cheyenne (Todd) Athorne, Aubrey and Jacob. Along with his parents, he was predeceased by his brother John T. Neuser. Calling hours will be held from 2-4p.m. on Friday, June 10, 2022 at Bruso-Desnoyers Funeral Home in Malone. A funeral will be held in the funeral home chapel at 4p.m. with Father Alfred Fish of St. Ann’s Church in St. Regis Falls presiding. Burial will take place at St. Mary’s Cemetery in Brushton, N.Y following the funeral service. Donations may be made in Richard’s memory to the North Bangor Fire & Rescue Department. Bruso-Desnoyers Funeral Service in Malone is serving the family of Richard, and friends that wish may leave condolences online at www.brusofuneralservice.com.
To send flowers to the family or plant a tree in memory of Richard Neuser, please visit Tribute Store
Friday
10
June

Donations may be made in Richard's memory to the North Bangor Fire & Rescue Dept.
Online Memory & Photo Sharing Event
Online Event
About this Event