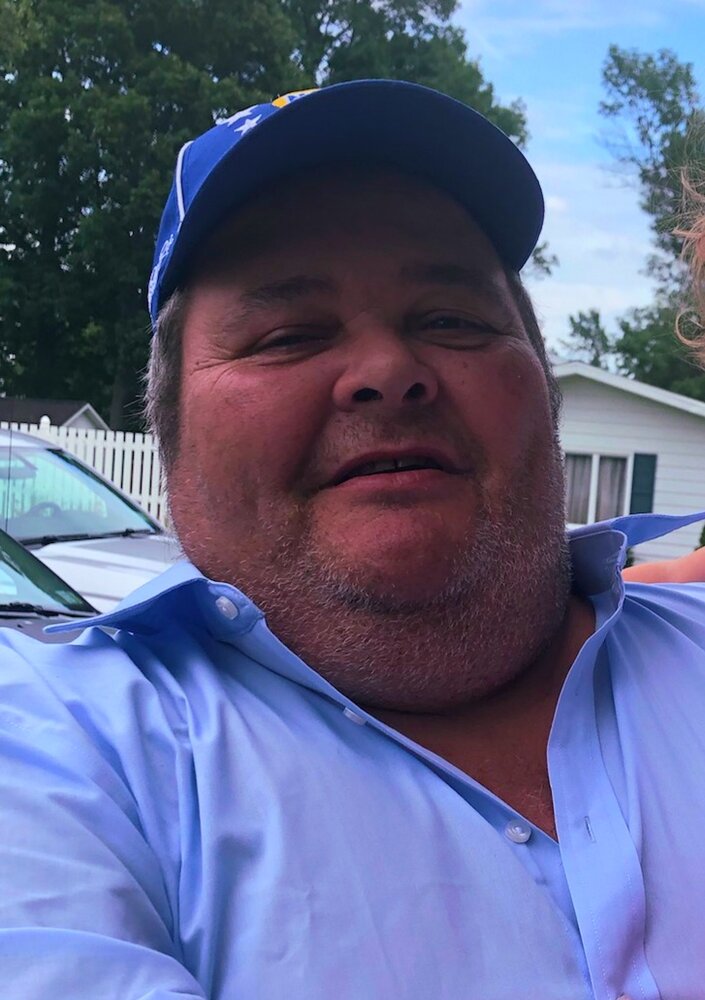 Please share a memory of Robert to include in a keepsake book for family and friends.
View Tribute Book
With loving memory of Robert Vernon Gray, Jr (59) of Fort Covington,N.Y. who recently passed away surrounded by his family on July 18th at UVM Hospital in Burlington VT after a short fight with cancer. Robert was born August 24th 1962 in Malone, NY, the son of the late Robert V. Gray Sr and Kay (Burditt) Gray. He was a graduate of Salmon River Central, and later became a NYS Correction Officer where he met his wife Tammy L. (Thompson) Gray of Heuvelton, NY. On September 12th 1992 they were married at the Rutland Station in Moira NY. After 25 years of service, Rob retired from the DOCS at the age of 49. Shortly after his retirement, driven by his love of “Junk” and desire to work, he established Grays Auction Service. Rob became an entrepreneur at an early age who could “sell ice to an Eskimo” as he would say. Some of his many hobbies included hunting, fishing, carpentry, and cooking. He had many skills, and was always willing to help those who asked. Robbie was well known by many for his ability to tell a great story, of which he had many. He always enjoyed a good conversation with friends and would always give an honest opinion, whether you wanted it or not. He is survived by his wife Tammy, son Robert “Bert” V. (Elora) Gray III, sister Karen (Bill) Wilkins of Massena, NY, his nieces Erika (Doug) O’Geen of Rochester, NY and Kayleen “Katie” of Lisbon, NY, also his great niece and nephew Ellianna and Holden O’Geen. In addition to his parents, he was predeceased by his brother Jeff in infancy, as well as many Aunts and Uncles. Calling hours will be held on July 29th 2022 at Cappiello-McKenzie & Cosgrove Funeral Home in Fort Covington from 4:00 to 6:00 PM. In lieu of flowers or donations, celebrate over a meal or beer with friends in memory of Rob, for those were his wishes. Cappiello-McKenzie & Cosgrove Funeral Home in Fort Covington, N.Y. is handling arrangements for the family, and those who wish may leave an online condolence at www.brusofuneralservice.com.
To send flowers to the family or plant a tree in memory of Robert Gray, please visit Tribute Store
Friday
29
July