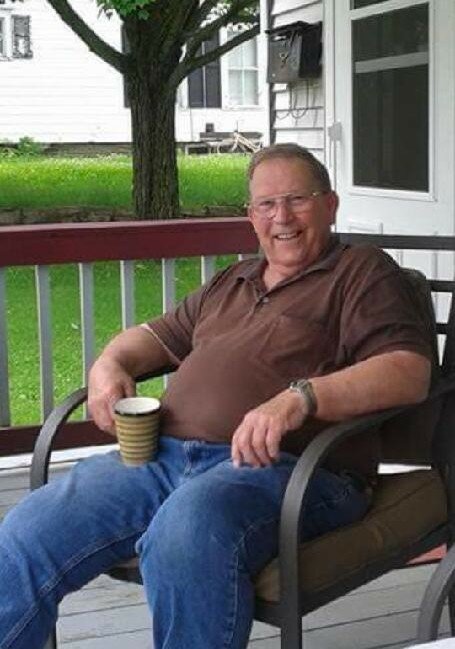 Please share a memory of Richard to include in a keepsake book for family and friends.
View Tribute Book
Richard Russell, age 84, of Malone, N.Y., passed away at his home on Sunday, August 14, 2022 with his loving family at his side and under the care of Hospice of the North Country. Born on July 1, 1938 in Malone, he was the son of the late John F. and Hazel Lamica Russell. He served in the National Guard from 1954-1955, and then joined the United States Air Force, serving from 1955-1959. On November 20, 1965 he was wed to the former Jean A. LaRoe. She predeceased him on May 29, 2022. Richard worked for A.S. Hardy Vending Company in Malone as a service technician for over 40 years, and later worked at Malone Walmart. Along with his wife, he was predeceased by his son Richard Russell, Jr. on June 27, 2022, and a sister Jane Raville. Survivors include three daughters; Melissa (Marc) Richardson of Malone, Lynn (Ronald) Coleman of Bloomingdale, N.Y., and Stacie (Jason) Jock of Burke, N.Y., and a son Richard C. (Diane) Russell of California. He had 7 grandchildren; Eric (Turina) Dufrane of Constable, N.Y., Malarie (Mark) Robideau of England, Ethan (Heather) Dufrane of Constable, Alex and Lucas Jock of Burke, Christopher (Samantha) Coleman of Bloomingdale, and Katlyne (Justin) Williams of Tupper Lake, N.Y. There are 7 Great Grandchildren; Cooper Dufrane, Brayden Dufrane, Charlotte Robideau, Carson and Caleb Williams, Camille and Wesley Coleman. He is also survived by sisters Lynda Lamay and Larraine Mulverhill, and his brothers Wayne(Jackie) Russell and Roderick (Roxanne) Russell, as well as many nieces, nephews and cousins. Calling hours will take place from 9-11a.m. on Saturday, August 20, 2022 at Bruso-Desnoyers Funeral Home in Malone. A funeral service will be held at 11a.m. in the funeral home chapel. Burial will follow in St. John Bosco Cemetery. The celebration of Life will be held at the Malone American Legion on Elm Street from 12-3p.m. Arrangements are under the care of Bruso-Desnoyers Funeral Service in Malone, N.Y. Friends may leave online condolences at www.brusofuneralservice.com. m.
To send flowers to the family or plant a tree in memory of Richard Russell, please visit Tribute Store
Saturday
20
August