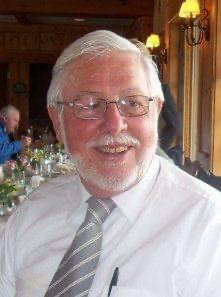 Please share a memory of Earl to include in a keepsake book for family and friends.
View Tribute Book
Earl E. Schell, of Fort Covington, N.Y., passed away on August 31, 2022 at the University of Vermont Medical Center in Burlington, Vt. Born on March 2, 1939 in Theresa, N.Y., he was the son of the late Irvin and Eunice Eddy Schell. He went on to receive a Bachelor Degree from Oswego State, and was an Industrial Arts teacher at Salmon River Central School for over thirty years, and also served as their Rifle Coach. He was a pilot and member of the EAA in Massena, N.Y., liked to build things, and spent his spare time fixing bicycles. On July 25, 1965, he was wed to the former Connie Christiansen in Odense, Denmark. She survives. Other survivors include a son and daughter in law; Peter and Mariana Schell of Coral Springs, Florida, a daughter and son in law; Lisa and Shawn O’Connor of Tupper Lake, two brothers; Donald (Shirley) Schell of Watertown, N.Y. and Lyle (Joan) Schell of Quakertown, PA., his sister; Janet (Robert) Montford of Sackets Harbor, N.Y., four grandchildren; Alexandra Larabie, Ryane, Casey and Dane O’Connor, and a great grandchild Callahan Larabie. A Memorial Service will take place at 10:30 a.m. on Wednesday, September 7, 2022, at the First Presbyterian Church of Fort Covington, with the Rev. Howard Cain presiding. Burial will take place at Oakwood Cemetery in Theresa, N.Y. Donations may be made to the Fort Covington E.M.S. or Roswell Park Cancer Center. The Cappiello-McKenzie & Cosgrove Funeral Home in Fort Covington is serving the family of Earl. Those who wish may leave an online condolence at www.brusofuneralservice.com.
To send flowers to the family or plant a tree in memory of Earl Schell, please visit Tribute Store
Wednesday
7
September

Donations may be made in Earl's name to the Fort Covington E.M.S.
Online Memory & Photo Sharing Event
Online Event
About this Event