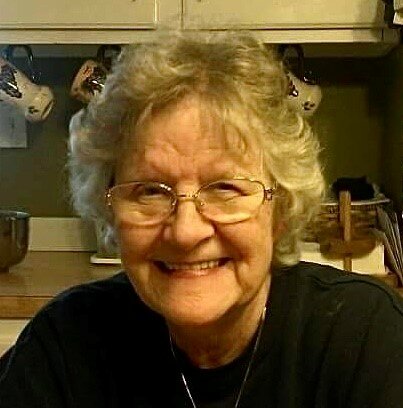 Please share a memory of Joyce to include in a keepsake book for family and friends.
View Tribute Book
Joyce M. Whitney, age 85, of Malone, N.Y., passed away at her home on October 13, 2022 under the care of her loving family. Born in Potsdam, N.Y. on January 30, 1937, she was the daughter of the late Orin and Kathleen Maxfield Miles. On June 5, 1954, she would marry Everest G. Whitney at St. George’s Church in Burke, N.Y. He predeceased her on November 15, 2017. Joyce worked as a clerk at both Western Auto and K-Mart in Malone. She is survived by her sons; Leslie (Sharon) Whitney of Malone and Daniel (Sharon) Whitney of Burke, three daughters; Susan (Steven) Baldwin of Constable, N.Y., Deborah Whitney of Malone and Kathleen (Robert) Rowe of Malone, her brothers; Roy (Janet) Miles of Malone and Ray (Valarie) Miles of Malone, seventeen grandchildren, forty one great-grandchildren, three great-great grandchildren, a son-in-law; John Kearns of Massena, a sister-in-law; Sheila Miles, a lifelong friend; Mady Baldwin and many nieces and nephews. Along with her parents, she was predeceased by two brothers; Merrill Miles and Orin Miles, Jr. She was a member of the Fox Hill Golf & Country Club in Massena and the Burke Fire Department Auxiliary. She enjoyed Bingo, reading, golfing and her family & friends. Calling Hours will take place at Bruso-Desnoyers Funeral Home in Malone from 10a.m. to 12p.m. on Wednesday, October 19, 2022. A funeral service will follow in the funeral home chapel with The Rev. Derek Trudell presiding. Burial will be in Ridgeway Cemetery in Burke. Online condolences may be made to the family at www.brusofuneralservice.com. Arrangements are with Bruso-Desnoyers Funeral Service in Malone, N.Y.
To send flowers to the family or plant a tree in memory of Joyce Whitney, please visit Tribute Store
Wednesday
19
October