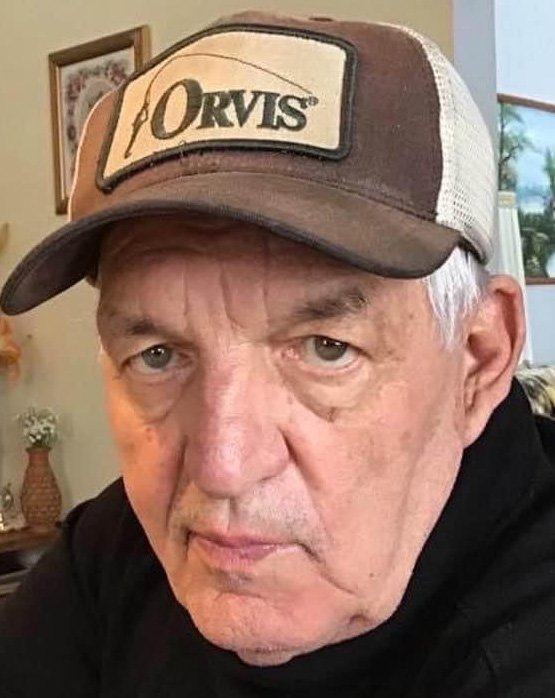 Floyd H. Perry, 76, of Malone, NY., passed away Tuesday afternoon, June 2, 2020, in Malone, while under the loving care of his companion, Diane, his family, children and Hospice of the North Country, Inc., by his side. Born in Malone, NY., July 13, 1943, he was the son of the late John D. and Hattie M. Hill Perry. He graduated from Franklin Academy, in Malone, in 1963. He served in the United States Army from March 10, 1964 until his Honorable Discharge on February 21, 1967. He was united in marriage to the former Ann M. Venery in Watertown, NY., soon who became the mother of his two children. Floyd was employed by Kinney Drugs in Malone, NY., for more than thirty five years working his way up from stock boy to manager. He was also a self employed contractor and was known throughout the North Country for his skills and finish carpentry. He was a communicant of St. Andre Bessette Parish and a past member of the Notre Dame Holy Name Society. He was a member of the Malone American Legion, Amvets and a staunch supporter of the Malone Fish and Game Club. Many evenings were spent at the bowling alley, where he once bowled a nearly perfect 299 game. He was known for his incredible work ethic but found time to relax while fishing, working in his shop, carving, playing cards, riding his four wheeler and motorcycle and cruising in his mustang convertible. Floyd loved his black labs and was a devoted animal advocate. Family was everything to him and he spent most of his free time with his brothers, sisters and cousins playing cards, croquet, or sitting around a campfire telling stories. Survivors include his longtime companion, Diane “Bunny” Allen of Malone, NY., one son, Eric Perry of Gig Harbor, WA., one daughter, Jennifer Perry of Gabriels, NY., one brother and sister-in-law, Carl and Rosemary Perry of Malone, NY., two sisters, Shirley Boyea and her companion, Wesley Reynolds of Malone, NY., and Betty Fassett of Malone, NY., he was a devoted grandfather or “bubbadoo” to his two grandchildren, Taylor and Jordanna Samburgh both of Gabriels, NY and was endeared by many nieces and nephews. He shared his passion for nature, fishing, woodworking, and love of laughter with his children and grandchildren. Along with his parents, he was predeceased by six brothers, Harrison “Bub”, James, Ronald, Allen, Clifford and Marice Perry and two sisters, Dorothy Mae Perry and Phyllis Shonyo. A Graveside Service and burial will be held on Wednesday, June 10th at 1 p.m., in Notre Dame Cemetery, in Malone, NY. Donations may be made in his memory to the Malone Fish and Game Club, Malone Amvets or the Alice Ballard Fund of Hospice of the North Country, Inc. in Malone, NY. Online condolences may be made to the family at www.brusofuneralservice.com. Arrangements are through the Bruso-Desnoyers Funeral Service, Inc. in Malone, NY
To send flowers to the family or plant a tree in memory of Floyd Perry, please visit Tribute Store
Wednesday
10
June

Donations may be made in his memory to the Malone Fish and Game Club, Amvets or the Alice Ballard Fund of Hospice of the North Country.