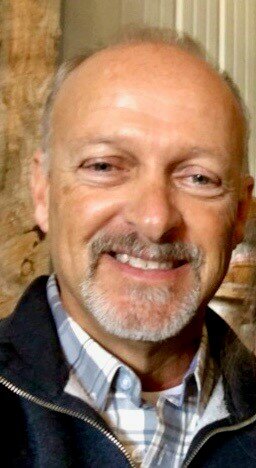 Please share a memory of Paul to include in a keepsake book for family and friends.
View Tribute Book
Paul R. Normandeau, 56, of Constable, N.Y., passed away on October 22, 2021 at U.V.M.: Alice Hyde Medical Center in Malone, N.Y. Born April 15, 1965 in Malone, he was the son of Ray and Anita Soucy Normandeau. He graduated from Franklin Academy in Malone, class of 1983. On September 10, 1994, he was married to the former Tracie Hanna at Notre Dame Church in Malone. Paul worked at one time for Burke Farm Supply as a salesperson, and then was employed at the New York State Department of Transportation, most recently as a Traffic Systems Technicians Supervisor. He was a member of the Sons of the Legion, Post 219 in Malone, and worked with Titus Mountain Ski Patrol for fifteen years. He was also very involved in Boy Scouts Troop 61. Paul also had a Brown Belt with three stripes in Karate. He loved boating, woodworking, carpentry, and doing excavation work around the area, as well as spending time at his family’s camp on the St. Lawrence River. Along with his wife and parents, he is survived by his three sons; Devin of Dolores, Colorado, Cameron of Rochester, N.Y. and Chace of Constable; his two daughters Hanna of Raleigh, North Carolina and Olivia of Lake Placid, N.Y.; his three sisters Sylvie Mulcahey and her husband Howard of Winchester, VA., Judy and Scott Hamilton of Malone and Lynne and Daniel Dumont of Malone; as well as many nieces, nephews and cousins. Calling hours will take place from 4-6p.m. on Wednesday, October 27, 2021 at Bruso-Desnoyers Funeral Home in Malone. A Mass of Christian Burial will take place at 12 noon on Thursday, October 28, 2021 at Notre Dame Church on Church Street in the Arsenal Green in Malone. Donations may be made in Paul’s name to the Malone American Legion or the Titus Mountain Ski Patrol. Online condolences may be made to the family at www.brusofuneralservice.com. Arrangements are through the Bruso-Desnoyers Funeral Service Inc. in Malone, N.Y.
To send flowers to the family or plant a tree in memory of Paul Normandeau, please visit Tribute Store
Wednesday
27
October

Donations may be made in Paul's name to the Malone American Legion or Titus Mountain Ski Patrol.
Online Memory & Photo Sharing Event
Online Event
About this Event