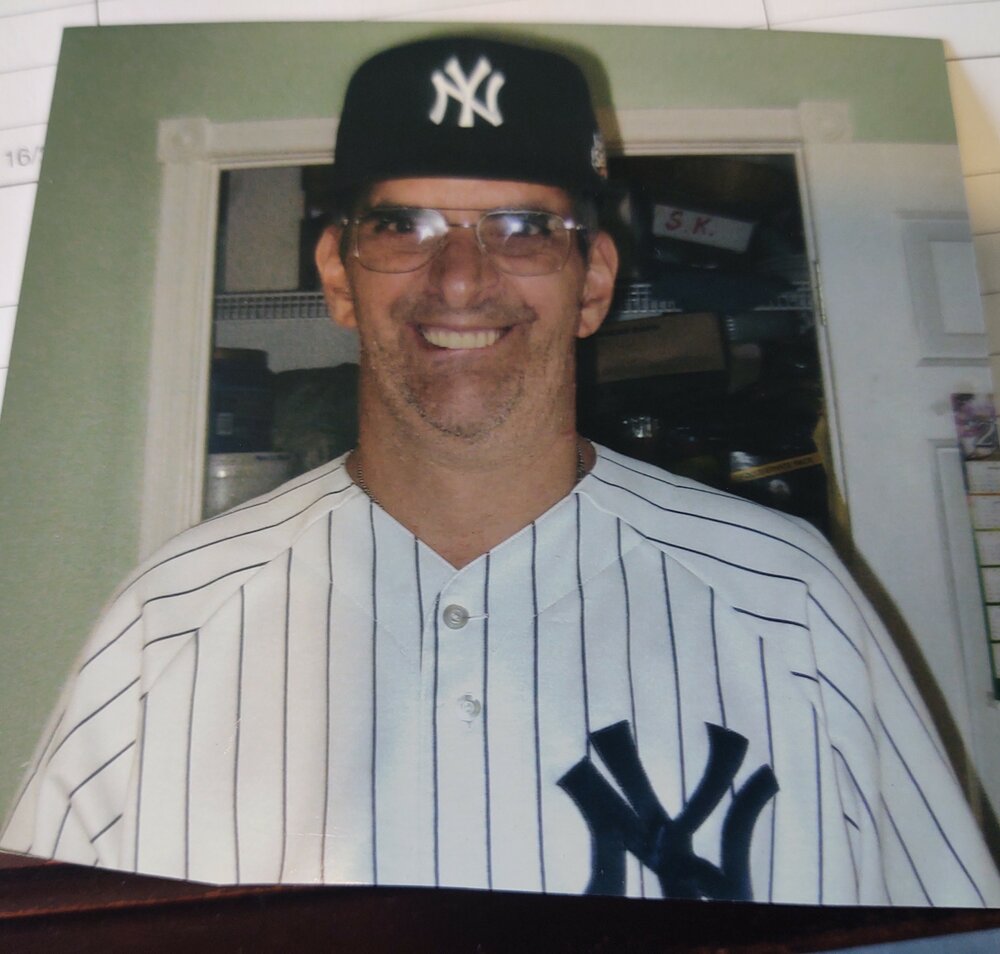 Please share a memory of David to include in a keepsake book for family and friends.
View Tribute Book
David Sauther, 58, of Malone, N.Y., passed away on April 23, 2022, at the University of Vermont Medical Center in Burlington, Vermont, surrounded by his loving family. Born on June 21, 1963 in Malone, one of six children, he was the son of Theodore F. Sauther and Patricia Leclerc. His mother survives. David was a 1981 Graduate of Franklin Academy in Malone, worked at Super Duper Supermarket and Yando’s Big M before becoming ill, at which time he focused on helping others through his volunteer work. He was a longtime Scouter with Pack 61, where he received the District Award of Merit, was a Third Degree Member of the Knights of Columbus, worked as a volunteer at K of C Bingo, was Vice President and a long time volunteer with Emmaus Soup Kitchen, active in Malone Relay for Life, volunteered at Good Samaritan Food Pantry, was a member and Robert J. Uplinger Distinguished Service Award winner with the Malone Lions Club, volunteered at CYO Basketball for many years, and was an Altar Server at Notre Dame Church. For many years, he enjoyed meeting and greeting people at Yando’s Parking Area during the Franklin County Fair. When he was a young paperboy, David became one of the biggest New York Yankee’s Fans around, with #15 Thurman Munson and #2 Derek Jeter being his absolute favorites. He lived for watching the games on TV and especially at the stadium. He valued time with his friends and family, in particular during the holidays, and enjoyed his annual trips to visit friends in Florida, and his special memory of going to Lourdes, France, with his brother Dean. He is survived by his brother and sister-in-law, Dean and Shelley Sauther of Malone, and four sisters; Debbie King (Tim) of North Carolina, Diane O’Donnell of Wilmington, North Carolina, Denise Boyer (Michael) of Malone and Dawn Manchester (Kevin) of Peru, N.Y., as well as many, many nieces, nephews and cousins. Calling hours will take place at Notre Dame Church in Malone from 10:30a.m.-noon on Friday, April 29. A Mass of Christian Burial will take place at noon. Burial will be held at Notre Dame Cemetery. Donations may be made in David’s memory to the Malone Callfiremen, Good Samaritan Food Pantry or the charity of one’s choice. Arrangements are under the care and direction of Bruso-Desnoyers Funeral Service in Malone, N.Y., where online condolences may be made at www.brusofuneralservice.com.
To send flowers to the family or plant a tree in memory of David Sauther, please visit Tribute Store
Friday
29
April

Donations may be made in David's Memory to the Malone Callfiremen, Good Samaritan Food Pantry or the charity of one's choice.
Online Memory & Photo Sharing Event
Online Event
About this Event